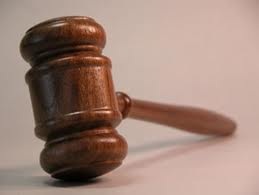 Glenmore Woods Homeowners Association held their Annual General Meeting on Tuesday May 20 2014 at 7:00pm. The meeting was at the Mariani offices at 900 North Shore Drive, Lake Bluff, IL 60044. The meeting lasted 50 minutes. The minutes from the meeting follow.

Joe Sturonas also pointed out that there is still one board seat that remains open.

David motioned to approve the 2014 Budget. Joe Second. No one opposed. Motion carried.

Sarah reviewed the proposed Imprelis settlement. Highlights include that they will pay to remove the 5 trees that have died as a result of the turf applied herbicide that was applied between August 2010 through August 2011. They will also pay for the replacement of the 5 trees and pay new tree maintenance. They will also pay for the treatment of the 11 trees that were affected but not dead.

Jerry mentioned he has 5 trees that are in turf areas that are affected and Frank has a small tree affected.

1. Sarah will talk to Mariani to re-review our site for other trees that might have been impacted by the Imprelis.
2. Sarah to send a mailing to all homeowners informing them about the Imprelis settlement.

Jerry stated that the Mariani fall clean up last year was late and lacking, and the pond was totally covered in leaves. That could have contributed to the exit pipe clogging. Others agreed. Mariani also did the aeration in the spring while the grass was still dormant, and there should only be aeration during the growing season.

This has been going on for a couple of years. Sarah called the county, but nothing could be resolved. It was not so bad over the winter but it is back in the Spring. Measured near the facility at 103 decibels.

Action Items:
1. Sarah to call the EPA to investigate.

Tom indicated that there is a storm sewer in the cul de sac of Windmere that is elevated and appears to be flow constricted.

Bruce mentioned there is still a huge pot hole in front of Burlew's.

Homeowners are concerned about tree roots being exposed and what should be done about the exposed roots.

A special thanks to all the homeowners that provided proxies and attended the meeting.